“Pas de deux on blue” – the highlight on Saturday evening

A spectacle that celebrates encounters.

One of core messages of Hamburg Cruise Days pur is that people can finally meet up again: we’re all set for new encounters – and that includes the ships. This year, rather than the traditional parade, two stately cruise ships will take centre stage in a multimedia spectacle on the river. On 20 August at 10.35 pm against the backdrop of the Blue Port Hamburg, two stately cruise ships will come together in an evening spectacle. AIDAprima and MSC Magnifica are taking centre stage in a multimedia spectacle with light, drones and music between the Elbphilharmonie and Landungsbrücken in what will be an unforgettable sight: an impressive pas de deux of two colossal cruise ships, translated into images of graceful elegance. 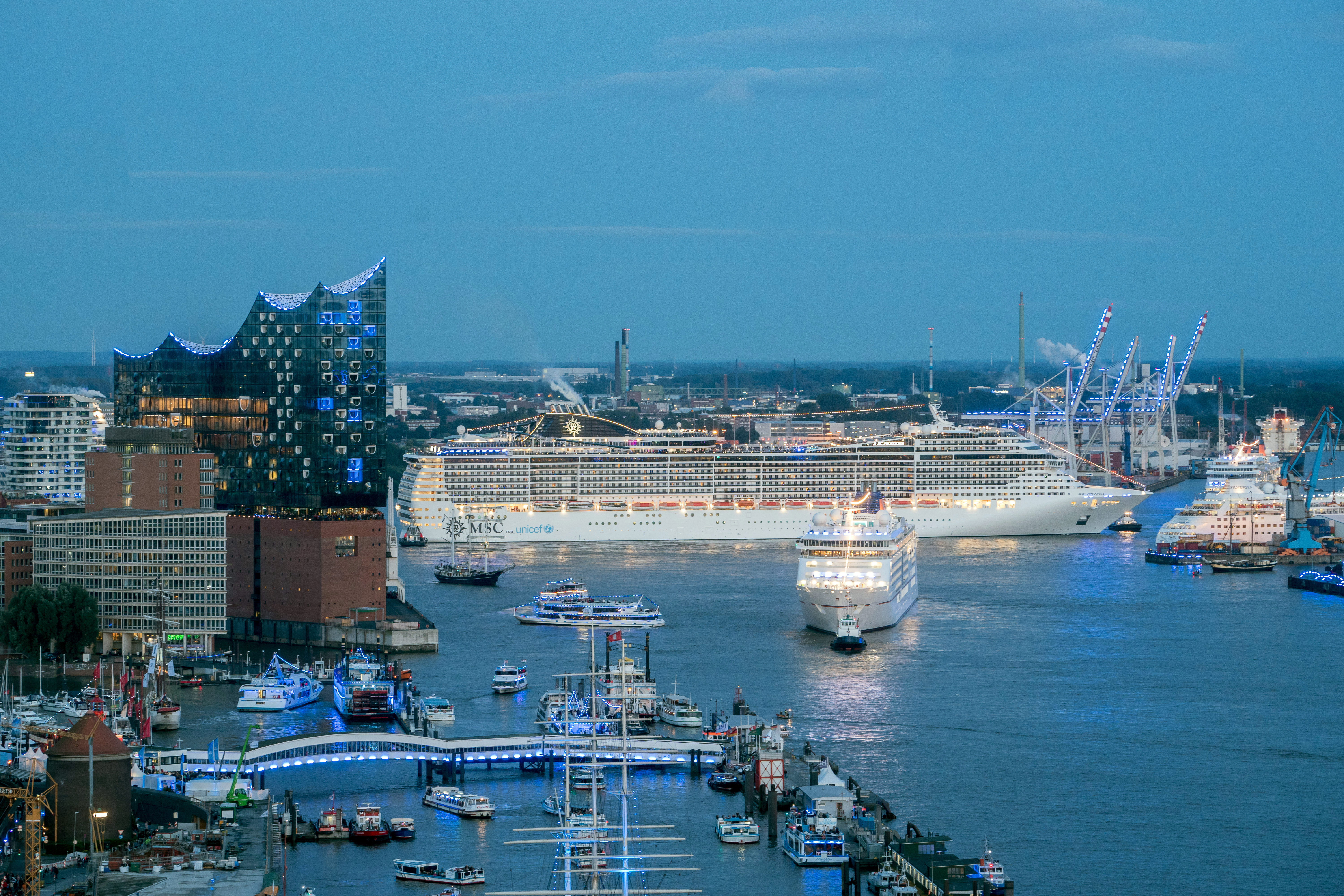