An approach that benefits everyone

Stefan Kredel, a Bavarian and a man who loves to travel the world, is chief scout for Silversea Cruises. How does one become a cruise scout? What does a scout do? And how do you to give encounters with other countries and cultures a deeper, more sustainable meaning? 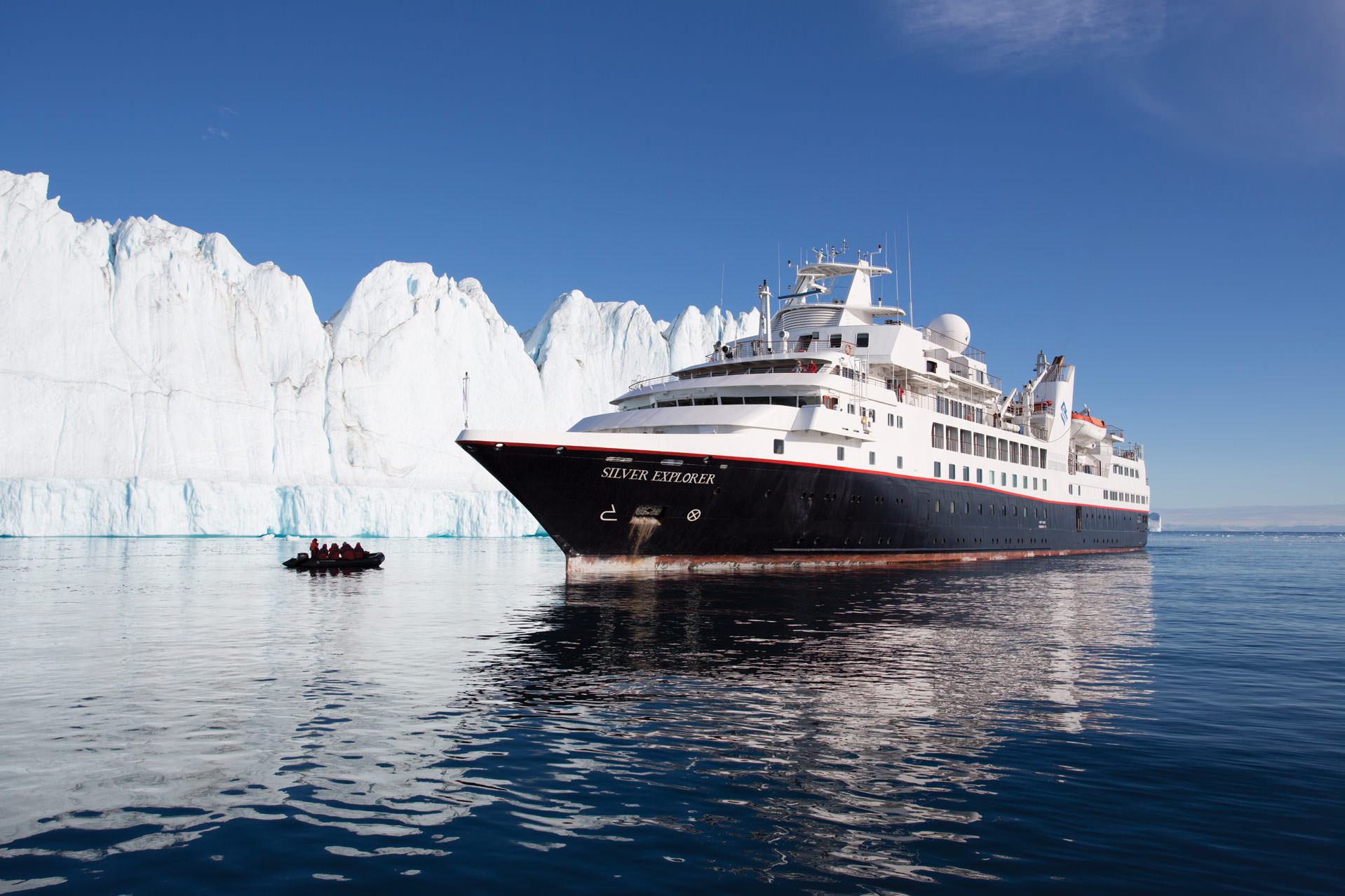 Mr Kredel, you have cycled across India and Nepal, travelled around New Zea- land, South America and South Africa. When did you rst realise that you wanted to travel the world?

When I was young. I come from Murnau, a town in Upper Bavaria, and because my bike was my way of getting around it seemed very natural to use it for my first trips. Initially, I explored the immediate region. After nishing school and my community service, I wanted to travel as far away as I could – and I picked Nepal. I flew to India, assembled my bike and cycled all the way to Kathmandu.

You were at university studying geology and palaeontology …

Yes. The great thing about geology is the combination of fieldwork and pure scientific research – which for me is the ideal symbiosis.

What brought you into the cruise industry?

It was a coincidence. I had a wealthy uncle who liked to invite his nieces and nephews to go on holiday with him. When it was my turn, I was allowed to pick my destination: I chose Antarctica. Unfortunately, my uncle passed away before we left and so we never went on the trip. But I was captivated. When I heard that one of my professors at university occasionally worked as a lecturer and expedition leader on cruises, I thought to myself: I could do that! I applied – and a short while later I got the job.

Now, you’re the full-time chief scout for Silversea Cruises. How did you get this position?

I worked as a freelance lecturer on expeditions for a number of cruise lines, including the relatively new line Silversea Cruises, which only started including expedition ships in its eet in 2008. When they expanded this segment, they gave all their lecturers full-time jobs.

… and were one of only a few lines that did.

Absolutely. What is so special here is that all the expedition planners who work in the office to develop trips always go out on the road as well. This dual role is tough but it has great benefits: we are incredibly close to the products we put together and market.

So what exactly do you do as the Director of Expedition Shore Programs?
I am responsible for all shore excursions from the expedition ships on cruises to the non-Polar regions. This also involves choosing the local tour agents with whom we cooperate to offer our regional excursions.

On board, do you see yourself more as an infotainer or as a teacher?
Perhaps a little bit of both. At Silversea our guests book expeditions purely based on the destination. Anyone travelling to the Antarctic has a genuine interest in seeing the region. For these exclusive destinations all aspects of the trips are carefully planned. Silversea wants to ful l all the expectations of our guests, many of whom will have read up on the region beforehand. That is why we apply very specific criteria when picking the lecturers. Their task is to prepare the guests on board the evening before the excursion takes place, to sensitise them for the topic and kindle their curiosity. After the excursions there is a recapitulation session in order to discuss what we have seen, examine and put it in context. Passengers have the opportunity to acquire unique insight and also share what they know. This is an approach that benefits everyone.

How many lecturers are there on each cruise?

Around eleven. Depending on the trip the team will include botanists, climate scientists or ornithologists, as well as staff assistants to help run things.

Which are Silversea’s criteria when you plan expeditions?

The planning phase starts a good two years in advance. We recently had a brainstorming session for 2020. The process usually follows a set pattern: we spread out a map of the world and take turns to say which region interests us. Pick a place!

Siberia or the Northeast Passage…

Okay. So, you always check the climate conditions rst: Siberia has permafrost over much of its landmass, and the ocean is frozen most of the year. That means that we only have a small window of time in the Northern summer. Also, parts of the route cross Russian military zones. And that means that you need umpteen of cial permits and approvals. You could be looking at  a wait of several years. Another important ques- tion is how does the ship get there – and leave again? There are remote destinations that may be interesting, but they aren’t worth it. The ship sails a year-round route, on which you have to be able to combine destinations and sell them as a package. And it has to be the right season: you don’t want to travel to India during the monsoon, and neither do you go to Japan during typhoon season. Sometimes, we have to reroute due to current events, like avoiding West Africa several years ago because of the Ebola outbreak.

Are there regions that aren’t suitable for a cruise?

Nigeria. It is quite simply too dangerous there at the moment. Or the upper East-African coast- line, up to Djibouti. The pirates make it far too hazardous…

Does it sometimes trouble you that expedition cruises allow tourists to get to the remotest corners of the world?

Not at all. People are travelling there anyway. Nearly all the regions in the world are now con- nected by the internet and TV, which very often present far more serious problems for societies. Silversea is not into mass tourism of the kind you nd in the Caribbean. On our expeditions we usually have small groups of around 100 people. We do everything we can to ensure that people don’t just run around like they’re in a zoo and take photos of everything that moves. Usually, an exchange takes place. We can tell because there are places where we are greeted with genuine pleasure and joy when we return after a long time.

Can you give us an example?

In Papua New Guinea, which for me is one of the highlights. These islands are still intact and authentic, clichéd as that may sound. You’re not taken in pick-ups to fake hula-hula dances. Many islanders come from distant villages if they hear that a ship is coming. They arrive in canoes, sometimes traveling for a whole day, and turn the event into a festival. We are only guests.

And what about the Antarctic trips, when the Drake Passage is really unpredictable, with storms and rain, and passengers suffering from seasickness for days?

It’s not nearly as bad as it sounds. Of course, the weather can get nasty there, but as soon as you’re into the Southern Ocean you are protected. Also, weather forecasts are a lot more precise now. If a storm is forecast, you can always wait a day.

What makes Antarctica so fascinating?

Well, it is very simple to fulfil your guests’ expectations. Most people want to see penguins and ice – and there are plenty of both. And then the purity is really unique. You can turn around in a circle and you won’t see a single hotel, rubbish or dirt – just pristine white. The circumpolar currents prevent water-borne rubbish from landing here. Unfortunately, that is not the case in Spitsbergen in Norway due to the local currents.

Silversea Cruises has set up its own charity, it cooperates with foundations and supports charitable projects. This social responsibility is also expressed in your Good Citizen Tours. Can you tell us a little bit about them?

One thing we realised with our unusual destinations is that there has to be a bene t for both sides – for guests and for the local population. The guests often bring along gifts, everyday items which they know are lacking in the places they visit. This is a kind thought, but it can result in situations where the cutest kid on the island gets the present, is happy – but very possibly has it taken away by the older kids later. If only one person benefits, this causes discontent. So we started thinking about how we could coordinate this aid.

So what do you do?

At the beginning of the trip we ask the guests to give us all the gifts they have brought with them, things like toys, pens and exercise books, personal care items, so that we can sort and pack them. At the destination we identify a person in a position of respect, like a village elder, to whom we can hand over the items to distribute. The guests select a representative from their ranks to present the gifts to this person. We, the members of the crew, stay in the background; our only task is to coordinate things.

Which regions do you do this in?

In the entire South Pacific and along the west coast of Africa. Sierra Leone is a good example. In one village, we organised a football tournament for lepers and amputees, which for many of the guests was a bit of an eye-opener. But you should have seen the games! The boys played with a pride that was heart-warming to see. We encouraged the guests not to be shy and to join in. An American guest who wasn’t really interested in football was so moved that he later bought football shirts and balls and paid for them to be sent to the village.

Tell us about the future: what new destinations are on the cards?

One big new destination is Bangladesh, which we visited in February and March. When we rst presented it to the internal Silversea team, many were very sceptical, saying that it wasn’t safe enough. Also, people didn’t think that the expedition would sell. But my boss refused to be deterred – and it has turned out to be an excellent decision.

What type of cruise guest books an expedition like this?

We have guests who travel with us so frequent- ly that they eventually know all our routes, and are eager for new destinations. They would never travel to Bangladesh on their own – but are delighted to come with us because they know that Silversea organises safe and sensi- tive expeditions.

Do you sometimes miss your idyllic hometown of Murnau in Upper Bavaria?

I have seen so many things and places in my life but for me this region is still one of the most beautiful in the world. I have a deep af nity for mountains and for the countryside. Now, however, I travel the oceans and I live in Buenos Aires.

Oh, so things didn’t quite work out as planned …

No, not at all, because both sides are incredibly inspiring. Life is very rarely a straight road where everything goes to plan. 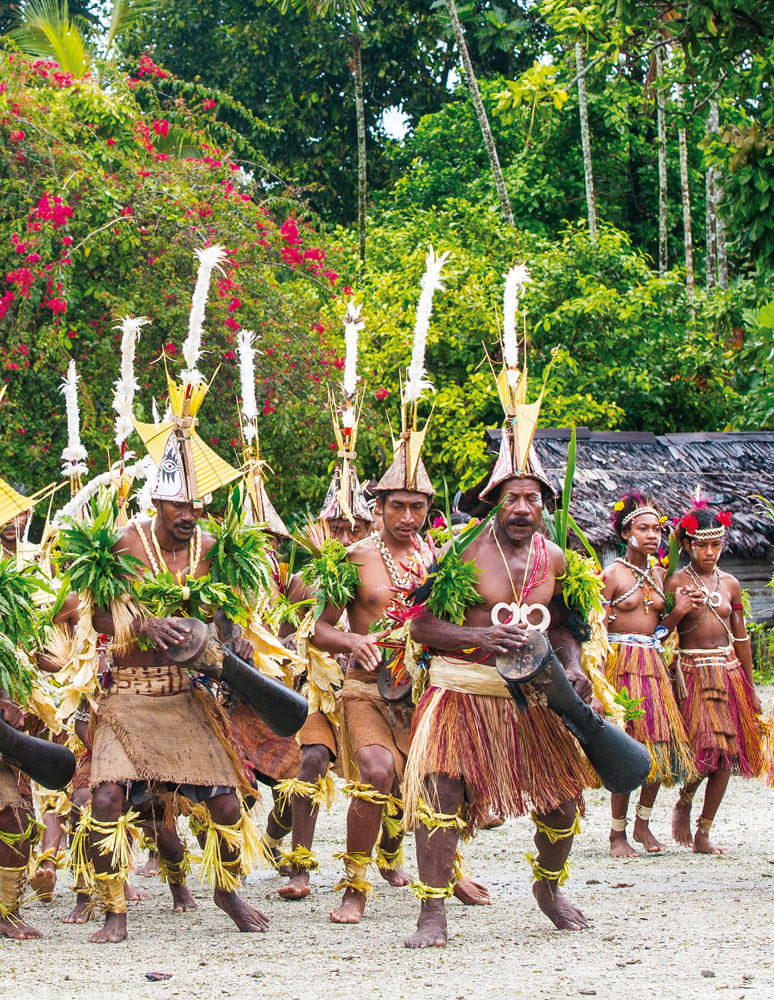 Kredel’s personal highlight, Papua New Guinea, where the islanders’ hospitality and eagerness to party are irresistible. 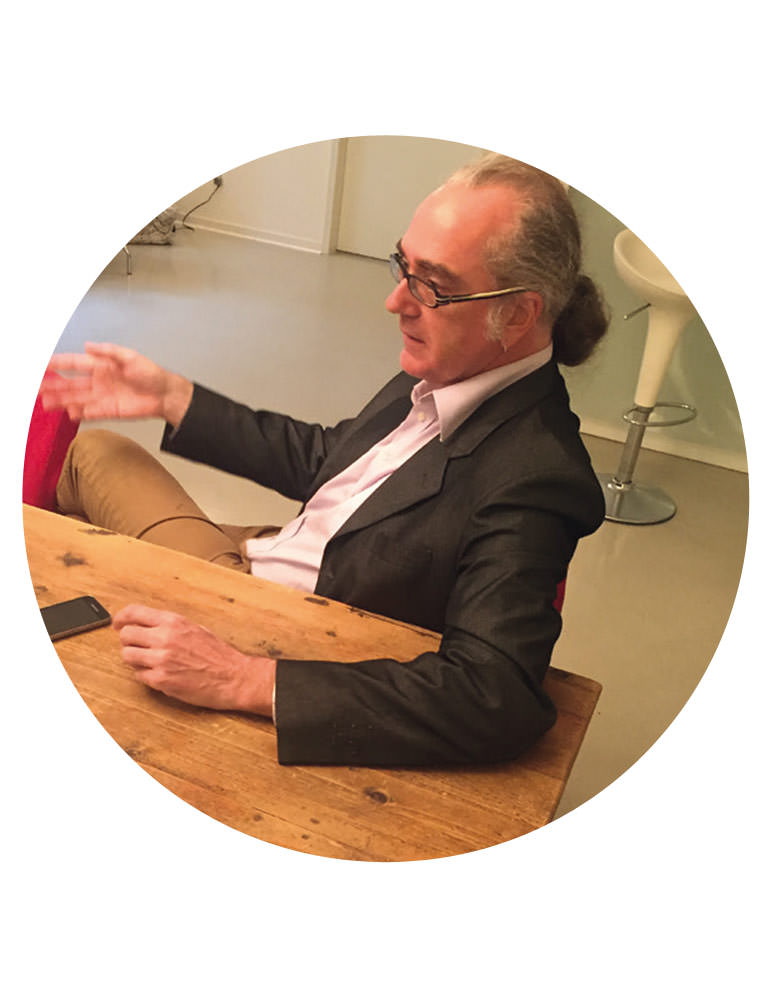 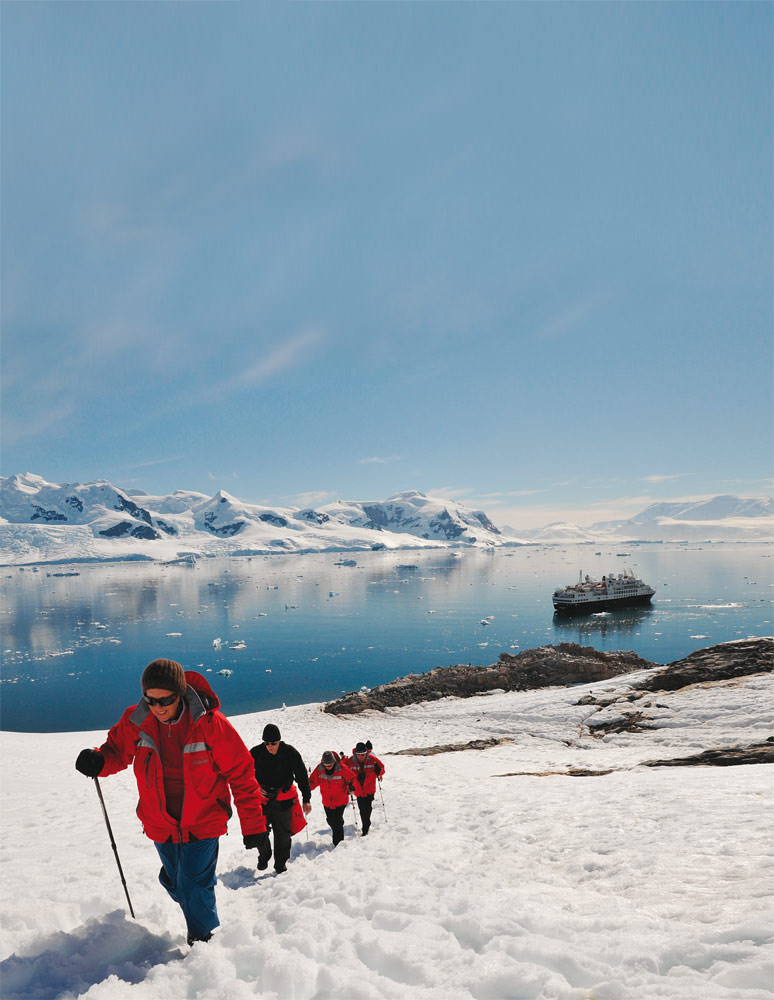 A white expanse, as far as the eye can see. The purity of Antarctica is what makes it so fascinating.